The weapons used in this period give a strong indication as to what went on. The Germanic round shield and the spear were the main weapons. These are consistent with fighting in a phalanx; a broad shallow formation - the shield wall- where each man is supported by two neighbours as he faces the enemy and the front rank are supported by those behind. The shield was held up to ward-off missiles and the spear could reach out for careless opponents. 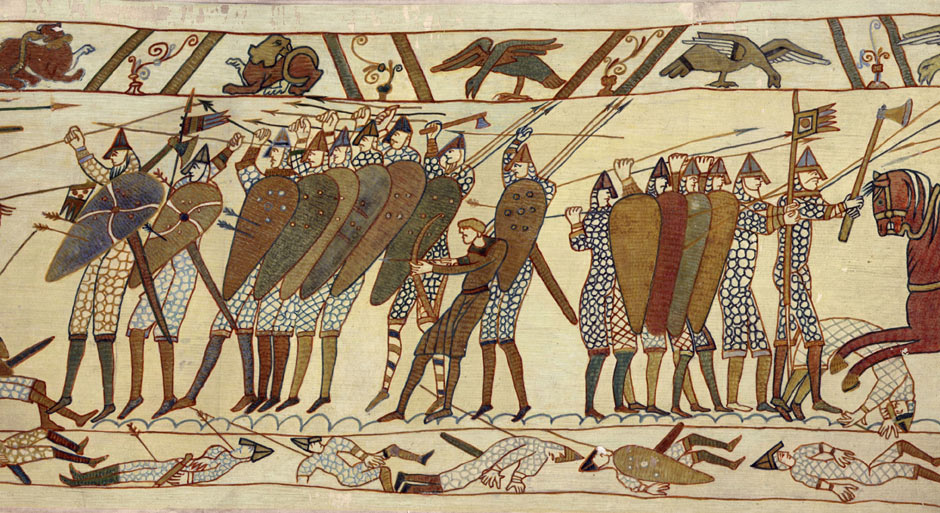