HOW LONG WAS A SPEAR ?
(warning : reading words involved!)

'Wert this fowels prick but a yard longer should I fettle yonder rogue in a trice!' 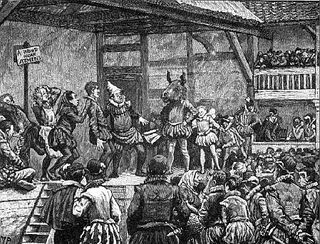 This question is most interesting in connection with reenactment fighting. Reenactment fighting is supposed to be just that - a recreation of something from history. We can never know exactly how ancient warriors fought each other. We take what physical and historical evidences we have, make educated guesses in the light of that evidence and our own physiology - which we assume we have in common with our forebears - and produce something we hope is not a million miles from what happened in history. If we are lucky then occasionally, reading accounts from the time will strike momentary chords of similarity with what we experience today. Then we will be able to say we have achieved our goal.

If a group of modern people set out with the intention to recreate the original audience experience of Shakespeare's plays but decided they would never wear sixteenth century costume nor use the Globe reconstruction what should we make of it? It would still be possible to put the plays on. The audience would still appreciate the work. The players would feel the challenge and get the enjoyment of delivering the piece. So far so good. But what would the problem be with the project?

The problem would be that the players denied the evidence of history in aiding a reenactment of what Shakespeare intended. What they delivered could never be anything other than a 21st century interpretation of a very old play and so it may be considered not worth trying to produce a performance as it may have been experienced by the sixteenth century audience. 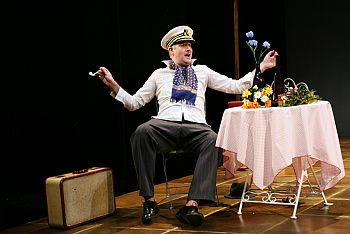 The first group did use Shakespeare's text and followed his plot. They would lack something in their performance, however. The second group, and their audience, would have benefited from having their performance set in a sixteenth century context. Language , stage directions and plot devices would make more sense. Atmosphere, and context would add to the play text to create something greater. This is the experience from the Globe theatre project.

More Elizabethan than the inside of a submarine
In the world of Viking combat reenactment we can make the same choice. Follow historical evidence to create a reconstruction of the context for fighting. Or, not. The historical context includes factors such as what weapons are used, what armour and defences are used, how the fight choreography works out and what is in the minds of the participants in relation to goals.

If we decide, in the 21st century, that we will ignore known details, if we decide we will change known details, if we decide we will add our modern prejudices to the process then we have no chance to make a reconstruction or reenactment. We should realise from the start that we could not get very close to a reenactment of ancient fighting even if we use all the information and skills at our disposal. If we hamstring ourselves from the start or wilfully change the goal to merely 'having fun dressed-up' then we have no, zero, null chance of getting anywhere near.

It may sound odd to some but the length of spears in the Viking Age is key in determining on which side of the divide modern Viking combat reenactment is. Is the objective to recreate the kind of fighting that occured in northern europe one thousand years ago or is it to have fun hitting each other while dragged-up?

Can you deal with the next page of this saga ?  YES  / maybe